I honour Pastor John Ridley, a CRC Churches father who faithfully served Jesus Christ through our movement from the late 1950’s.

We don’t have a lot of these spiritual fathers and mothers left, but we so love and respect them.

The present strength and success of our movement is built upon their obedience in following Jesus, and through their sacrificial outworking of Christ’s call upon their lives.

Their example will always be remembered.

I have fond memories of John encouraging me as a young 24 year old pastor, after I was appointed as Senior Minister of the Christian Family Centre in 1978. He urged me to always be prayerfully dependent on Jesus in all things.

John graduated from Sunrise School of Evangelism in 1957 and Crusade Bible College soon after.

John led several churches over the next four decades in both rural and urban in Victoria & South Australia.

Upon graduation so many of those early students simply went out preaching the good news about Jesus, and pioneered new churches as the Holy Spirit led them.

John was a man of bold faith, devotion to prayer, love for people and genuinely practised servanthood as a follower of his master Jesus.

He was a long term Senior Pastor in Whyalla and Port Adelaide.

Pastor Dudley Cooper writes about John in his Flames of Revival, the history of the CRC from 1945 to 1995.

“Many graduates from the 1960 course of Crusade Bible School visited country towns, including Whyalla, to spread the Crusade message. John and Elizabeth Ridley visited Whyalla and Booleroo Centre in April 1961. In December 1961 they decided to move to Whyalla and pastor the assembly. After they had moved there in faith, the Lord miraculously provided a house immediately, despite being told by the Housing Trust that they would have to wait up to six months. In July 1962, Whyalla was forging ahead with 15 decisions for Christ, 8 baptised in water and 5 filled with the Holy Spirit all in that month. They also had the outstanding testimony of Ted Duncan who was wonderfully delivered of alcohol. His testimony appeared in the local paper and the Revivalist. Over 100 people came to hear Ted’s testimony. Then at the end of 1962, they purchased an ideal block of land in Whyalla West to build a Crusade Centre”

After John finished up leading Churches he became a member of our State Ministry Credentialing Team for many years.

I use to warn the men and women the Christian Family Centre was nominating to receive CRC Credentials that John would challenge them deeply about their personal devotional life.

He even wanted to know how long they prayed each day.

I encouraged them to get this spiritual discipline in order in the weeks before the interview-as they couldn’t lie about this.

My wife Cathy (who is presently at Darwin ministering at our CFC Church), wrote to John’s oldest son Chris on hearing of his Dad’s passing on to heaven.

Their correspondence portrays a most honourable man who was so easy to love and respect.

“Hi Chris, Just wanted to pass on my condolences from Bill and I on the passing of your dad. Gosh we admired him so much. What a gentleman. I remember so well from my childhood, his selfless care for your mum Elizabeth, faithfully to the end, and then his years of serving his loved church. Most of all I remember his constant, quiet spirit that emanated from him. It was truly a privilege to know him, and chat every time he came to one of our services, or productions. An amazing honourable life and one to emulate. Our condolences, but what a relief that he is now at rest, as the last couple of years have been a struggle. Blessings to you all.

Chris Ridley responded with following beautiful thoughts about his Dad.

“Ha, thanks Cathy. That's very kind of you. Thanks to Bill as well. This year and especially these past few weeks have been a roller-coaster; he's kept us guessing right to the end. His indominable quiet strength and determination saw him rally several times after the Drs prepared us for his demise. We were delighted to be able to take him to his own home for Christmas day after three months away. It's been a precious time despite the ordeal.

Just like with your mum and dad whose kindness I remember from my childhood, it's the closing of another amazing era.

His example is indeed one to emulate including his willingness to admit mistakes and "softening" around the edges with age without compromising his core values.

Love to you Bill and family.

On behalf of the National Executive and National Council of Pastors & Delegates,

I salute John Ridley as one of our exemplary ordained ministers and an enduring hero of the faith. 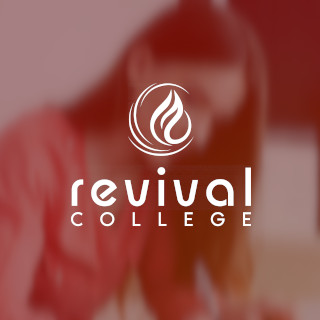